Theoretically, if you want to lose weight, you have to reduce the number of calories you take in a day. Therefore, calorie-counting is one of the most effective methods to manage your intake properly if you want to be on a diet. However, many women who are counting a single calorie every day with the aim of losing their weight feel so stressful and obsessed about that. There are many other ways to return you a beautiful body without doing so. In fact, seven following women tried different ways, and they did lose their weight successfully. Do you want to be like those women? Let’s read the following article by Beauty Talk to learn from them!

7 Women Shared Their Weight Loss Without Counting A Single Calorie

Isabel Smith, R.D has said that if you just focused on the number, you can hang up and feel out of control. That might drive you to eat as normal; and sooner or later,  you might give up your weight loss schedule. Instead, she suggested another weight loss method to follow, which is called a low-carb diet. In fact, there should be 25-30% carbs, 40-50% non-starchy vegetables, and 25% protein in a meal. That means you can eat as many low-calorie food items as you desire, which can help fulfill your stomach and do not create any craving for food. At the same time, you need to avoid or limit foods with high calories. As a result, you don’t need to count every single calorie intake. No hunger anymore but still useful for weight loss.

According to Colleen De Bellefonds, the author of the Women’s Health article published on November 16th, 2016, seven women found the right way to lose their weight with a low-carb menu. The results they gained were so impressive that people should refer to.[1]

Alexis Tizano, a lady who lost 72 pounds, had an excellent change in the low-carb diet. Still unbelievable? Let’s hear her sharing.

Tizano comes from Louisiana, a typical area where people’s regular meals consist of a bunch of rice, meat, and a little of vegetables. This habit made her overweight, and after having children, she got even higher weight than ever. Tizano tried to be on many types of diet, and they seemed to be useless to her. Initially, she also chose calorie counting but it did not work at all, and she felt like she did not remember what she ate at that time. Calorie counting, as said, might not be the right solution for weight loss.

Ask Any Questions and Get Answers within Minutes, 24/7!

The Medical Experts are available whenever you need them. You can even approve payment only when you’re completely satisfied.

Sharing with others, Tizano said she had decided to change her lifestyle since October 2015. In her opinion, weight loss was not temporary so that she made a permanent change in her lifestyle. She started her low-carb diet with only 25% rice, 25% meat and spent 50% on veggies. Also, Tizano applied a strict rule for herself that did not allow having snacks between meals, sweets or soft drinks like coke or soda. Nevertheless, she spent Sunday as her reward with one cheat meal.

Amazingly, after only two months, from October to December 2015, Tizano got a big change in her weight. A woman, starting with 242 pounds, after two months only, could reduce by 73 pounds. Moreover, since January 2016, she has lifted weights every day, and a dramatic change has appeared. Besides losing weight, the low-carb together with weight-lifting exercise helped her to gain a few pounds of muscle and reduce fat significantly.

Since then, she decided to change her unhealthy lifestyle permanently and maintained a nice body successfully. 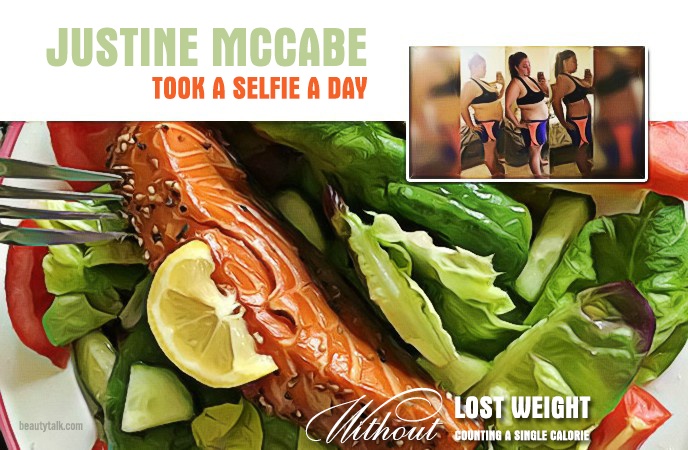 The second girl is Justine McCabe who shares the same story with the low-carb diet. Following her Instagram account, we can see a lot of selfie pics she took during her weight loss process. Her secret was so simple but amazing.

McCabe told that she was a member of a gymnastics club and often went there with her sister and friends. After a day of exercise, she took a selfie picture and sent it to her friends intentionally. She was shocked because she could not recognize herself in the first photo. At that time, she was overweight. Nothing happened to her weight though she had tried to follow calorie counting diet throughout almost 12 years.

Then she switched to the low-carb diet and tracked her process by taking a picture a day. Used to be demotivated and stressful with the calorie counting method, Justine McCabe then felt much better for her weight loss schedule. Sharing about her diet, she said that she often had a bunch of veggies, lean meats such as fish, chicken bread, and whole grains such as brown rice. However, the woman still craved for sweet foods, sometimes, which drove her to make frozen chocolate-covered banana snacks to curb her appetite. By that plan, she got 80 pounds lost after six months only. A year later, she was then 189 pounds. And up to now, she lost 124 pounds in overall and is seeking to healthily balanced diet and thinking about the happy life. “My focus now is living a life of happiness, acceptance, and adventure.” Said Justine McCabe.

Your improper habits can be one of the main causes of overweight. Eating late-night carbs is also among them.

Maggie Fierro, who used to have carbs at late night, had a big change in her weight thanks to stopping such habit. Her story is common for any young mother. Having a new baby made her so busy all day that having no time for herself. Hence, the nighttime often after 10 p.m when her kid had slept already becomes her free time. She started to eat carb-heavy meals with bread, potatoes, pasta, pizza, etc., which frankly made her overweight. But in November 2015, Maggie Fierro came up with her weight loss plan. She decided to rely on the low-carb diet but not calorie counting method. In fact, she got a starting of the day with lots of vegetables and fruits along with a large protein smoothie for weight loss. Also, she added whole grains, nutritious nuts, legumes, and seeds to her daily diet. Especially, Maggie Fierro said no to any processed and packaged foods all the time. Additionally, she followed a 30-minute workout with the high intensity every day. Or else, she skipped rope or speed walked on the treadmill. To inspire herself and hold her accountability, she opened an Instagram account and posted her pictures up there. Despite not having a dramatic change as other two women above, Maggie still lost 30 pounds after one year and a half and maintained her healthy body.

Get more: A list of miraculous herbs for weight loss

A Whole30 challenge was popular in 2014. It is a weight loss challenge that depends on foods you eat regardless the amount. After hearing Amelia Elliot's gym partners shared the challenge, she decided to do it in November 2014. Though she had a certain time working out at a gym club and ate plenty of fruits and veggies, her weight remained unchanged. It is because she still included high-carb and processed foods in her diet.

A Whole30 challenge came to her as a trial to know whether she could do or not. In fact, it turned out helpful to her situation. Throughout 30 days of the challenge, she got grains, processed sugars, dairy products, legumes, and alcohol as well out of her meals. Instead, she ate veggies, fruits, proteins as much as she wanted without any single calorie counting. In that month, people around her saw a drastic change in her body. Not stopping at that, Amelia continued her weight loss process by eating carb-free options like cereal for breakfast and so on. Moreover, she also started drinking wine instead of beer as usual. Now, she feels confident with her tight clothes and even bathing suits. 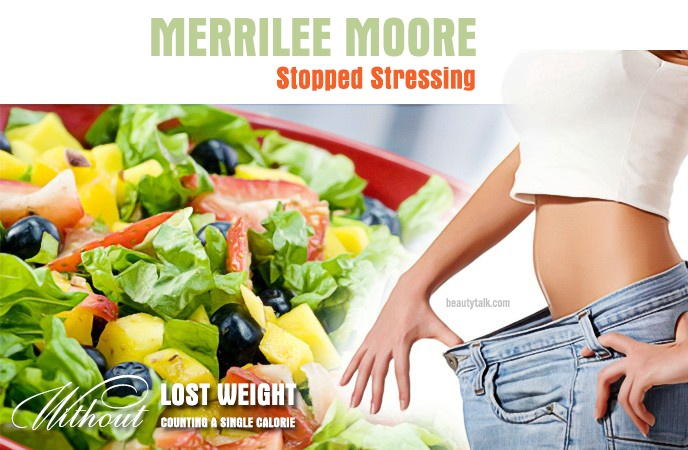 This woman set all the stress on her progress aside. Starting with yo-yo diet, Merrilee Moore set out to lose her weight and no long later, she was too tired to count a single calorie intake and felt stressful due to its strict rules. Couldn’t be stick with such diet anymore, Merrilee decided to collect many healthy recipes that were more enjoyable to eat. For example, she added avocado, fish, chicken, sweet potato, quinoa, eggs, and plain yogurt to her daily diet. All the foods are delicious, and weight loss is no longer a nightmare for her.

Furthermore, to well support the weight loss diet, she tried to do resistance training and cardio every week. The result did not disappoint her as in the past. Weight loss is not temporary; it needs to be long-term oriented. Therefore, you should not be crash dieting. Instead, you need to change your entire lifestyle slowly. That is what Merrilee realized after her progress.

In 7 months, changes started to happen. Then, Merrilee lost two pants sizes. Is it so amazing? She lost her weight without being obsessed with a single calorie. Why don’t you follow her?

If you think that skipping meals can help weight loss, you are carrying a wrong perception.

Sandy Lam, a woman, started with the calorie counting method, shared that she got weight loss thanks to changing her diet into low-carb. She cut back on sugar, used less salt and oil. Instead, she added brown rice, chicken, fish, eggs, vegetables to her diet, which made her feel full and not craved for foods. She still rewarded herself a cup of sweetened iced coffee to enjoy every week. Sometimes, she has snacks in between, but they are also low-carb food items.

Indispensably, it is important to have a workout during the progress. Sandy suggested doing a 12-minute workout of Jason’s DVD per week. Gradually, she turned into a 36-minute exercise. After several months, she reduced 35 pounds and maintained 52 pounds. What an amazing effort of the nail artist.

7. Melinda Wood Look At Nutrient Contents Rather Than Calories

Melinda Wood lost 10 pounds and dropped a pant size with Kayla Itsines’ 28-minute BBG resistance sessions in 12 weeks. When there is no resistance session, she runs or jogs. Regarding her diet, she focused on what nutrients she gained rather than how many calories she got. Melinda recognized that many foods containing a few calories but much sugar and additives still caused weight gain. Therefore, she switched to whole foods and stopped eating processed foods. Moreover, Melinda also followed mindful eating and found that her cravings for sweetened foods reduced.

Above are seven women shared how they lost weight without counting a single calorie. No more being stressful and obsessed with the diet, they still had a dramatic change in their weight. The only thing required is your persistence. If you have a plan to lose weight, why don’t you follow their success? Let’s start a low-carb diet and fitness! Share with us when you progress. We are always here to support you and solve your problems.

For more information, please refer to our main page Health.

20 Useful Ways How To Get Rid Of Chubby Cheeks Naturally 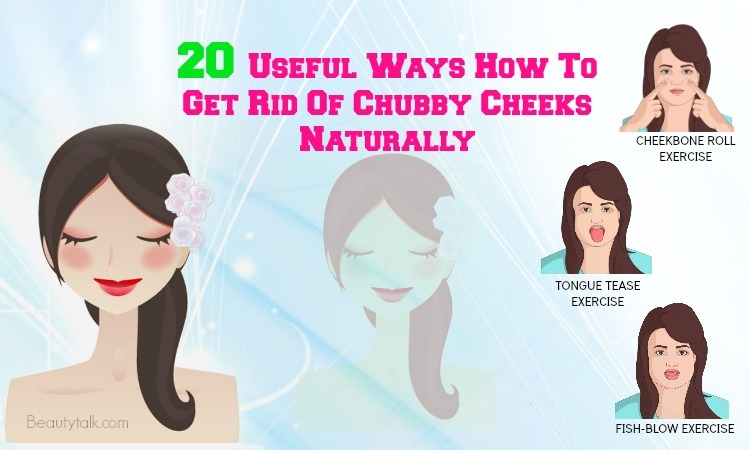 16 Best Ways On How To Treat Scalp Psoriasis Naturally In Children, Adults, & Women While Pregnant 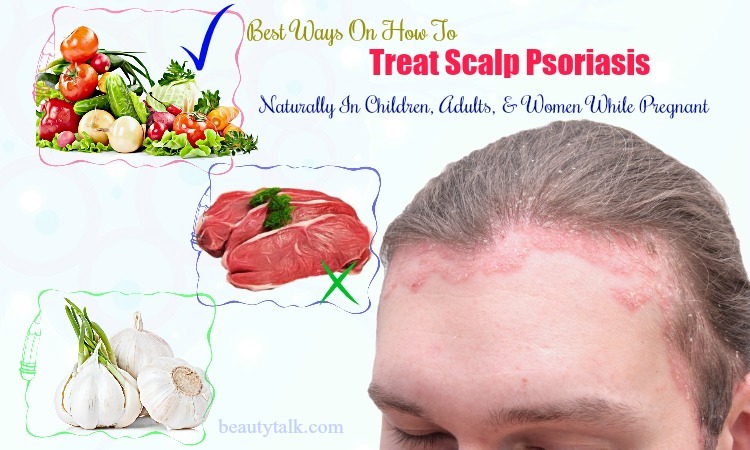 Top 25 Natural Home Remedies For Thicker Eyebrows – How They Work? 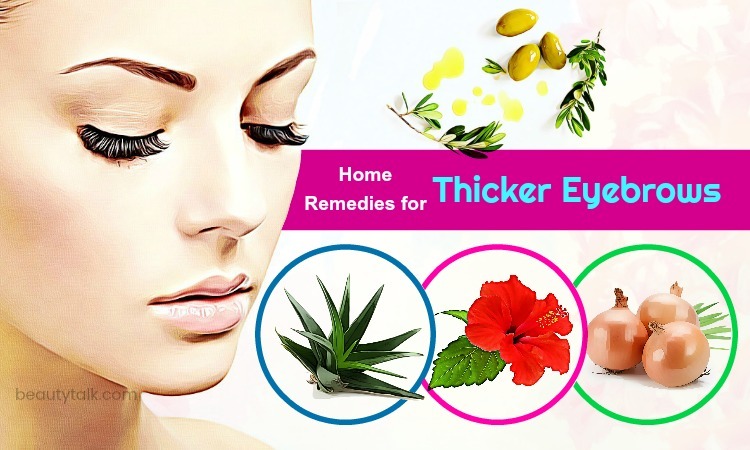 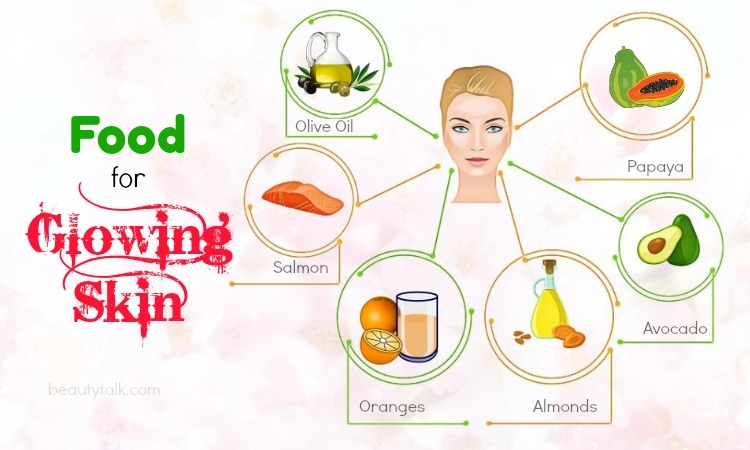 Top 18 Natural Home Remedies For Boils On The Body 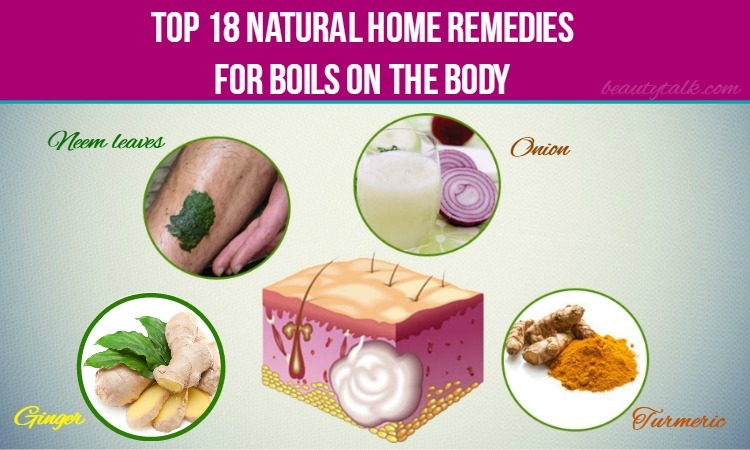 Top 14 Tips On How To Prevent Acne Naturally 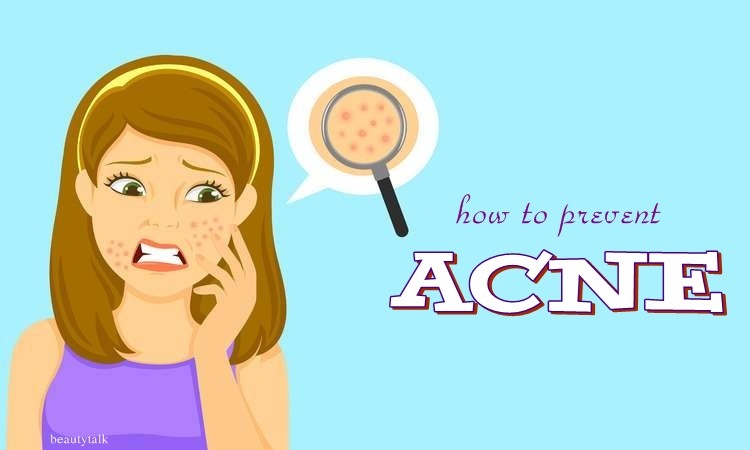